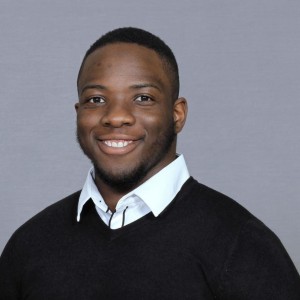 If you’re like me, you only knew of asbestos as this harmful “substance” that was, in the past used in the construction of many forms of properties, especially homes. And for all the horror stories of the dangerous side effects that it caused; we still have it in our homes and make use of it today. Why?

This post is going to be a personal “feed my interest” post to uncover just what Asbestos is and why it became such a blemish on the real estate world.

I’m going to be taking a particular interest in answering:

There are very few things in history that have left such a long-lasting stain on real estate as the whole asbestos controversy and to this day, there are still homes that have it and people that worry about; so let’s learn more about it.

Above, I mentioned that I had no idea what asbestos was. I always leaned to it being some sort of wood or manmade material used around wood because of how it was shown when being forced out of homes. And from how the people were dressed (in full hazmat suits) – I knew it was probably poisonous.

And upon further research, I unveiled that I was wrong on both parts. Asbestos is neither a form of wood or poisonous. Asbestos is a stone; specifically a group of 6 natural minerals.  But not just any run-of-the-mill stone, asbestos is the shining and dangerous definition of “SUPER/MIRACLE” stone.

You might be wondering why am I referring to the dangerous asbestos, as a “super/miracle” stone. And for that, you need to realize that asbestos wasn’t in almost everything (not just homes) for a reason.

Why Did We Use Asbestos In The First Place?

Consider this, Asbestos is a stone with the following properties:

And because of the above along with the fact that asbestos was relatively inexpensive to acquire; it became the poster child of materials to use when trying to make anything an everything, as I will cover below.

Where Was Asbestos Used?

It’s undeniable to deny that the asbestos crisis was synonymous with the world on real estate properties and homes, but contrary to belief; because of all the desirable properties that asbestos had, it was found and used in many more areas besides real-estate.

In property construction, asbestos was primarily used in the following:

But aside from real-estate home development, asbestos could be found in so many other places such as:

The near invincibility of asbestos made everyone want to use it for everything. That is before we realized just how double-edged that invincibility was.

Why Is Asbestos Dangerous?

It’s pretty easy to realize and understand why the seemingly invincible asbestos would be useful to many in many situations, but one place where that invincibility found itself and was more detrimental than beneficial was when asbestos found itself In the bodies of many people.

When asbestos is mixed and used to make any of the products and materials I mentioned above, When those substances are damaged or worn down by some way, it can lead to tiny threads of invincible asbestos finding its way into the air or a water source where they can inevitably find themselves in people’s bodies.

Asbestos in and of itself has been identified as a carcinogen, a substance believed to cause cancer; especially lung cancer as well as generally leading to damage and scarring of the lungs – asbestosis and cancer of the lining in the lung cavity – mesothelioma.

Considerations For Asbestos – How Do We Deal With Asbestos?

When it comes to asbestos, 2 main questions require and lead to multiple considerations:

For one thing, serious regulations and restrictions were only put in place over asbestos in 1975 and it wasn’t until 2003 that asbestos was banned throughout many countries in the European Union. Before this, almost all homes would potentially have fragments of asbestos used in the construction of the property.

From a timeline perspective, almost all the homes occupied now and even some still built now; have asbestos in some form of the other. Right after the widespread ban, many people and companies tried to take it upon themselves to remove asbestos and it’s risks from their property, but this led to the following issues for consideration when executing:

a. When is asbestos the most dangerous?

When you’re putting it in, the asbestos isn’t bound and contained such as it would be when in a finished substance like cement, tiling, and roofing. This “freeform” state that it’s in, makes it easier for it to inhaled by people into their bodies. This is why when builders and manufacturers are dealing with it, they have to be in full suits with respirators.

When you’re taking it out, you often can’t remove it in whole pieces and segments and are forced to break it down to remove it. As with when you’re putting it in, this leads to a high-risk situation where the asbestos fibers can become airborne in tiny threads and be inhaled into the body,

b. When is asbestos at its safest?

The second “living with it” stage of asbestos is when it’s at its most stable because it is bound to another substance to make something solid; like cement, roofing and tiling. Though it’s scary to think of, this is the safest way to have asbestos aside from not having it at all.

If it is already in the property, in attempts to remove it would simply lead to increasing the risk of having it harmfully interact with people.

c. Is it economically viable to remove asbestos?

The last consideration for why we don’t actively remove asbestos from properties we know were built with it, aside from that likely putting more people in danger of having their health compromised by it as stated above; is because it’s not economically viable.

As I mentioned above, asbestos; because of its near-invincible nature, was used in the construction of homes. Primarily, in the construction of the most important aspects of the home – the roof, the walls, the foundation, insulation, etc. To remove it, would be to essentially destroy the old home and build a new one – for all the homes built with it.

And That is most of the homes today.

2. Why are we still producing Asbestos?

This is the second question regarding asbestos. We can’t do a lot for the homes already built with it, but why are we still using it today?

Many countries, especially those in the European Union did make asbestos manufacturing, selling, and using illegal concerning home construction but not all of them. For the countries that are still allowing the business of asbestos to carry forward, it is usually under very strict guidelines and procedures to maximize the health and safety of those involved with it and is also due to weighing the costs and the benefits of the material.

Conclusion – So It Is What It Is?

Though dangerous, asbestos is still as much a miracle material as it was before but because of what we know about it now, we are more able to take the necessary precautions and make the necessary innovations to make better and safer use of it.

Whether that be through fewer dosages of it or improved ways of binding it and making it less likely to get airborne. The conclusion of the matter is this; Asbestos was here, still is here, and will likely be here in the future and the best thing we can do right now is to learn how to keep it fixed and solid.

If you are personally worried about being exposed to asbestos, the best thing is to not take any drastic actions by yourself, hire a professional to make the professional decisions.

Want To Keep Learning About Real-Estate?

I’ll personally make sure you don’t miss out. Sign up below and i’ll send you an email notification as soon as the latest real-estate post is up on the site.

Sole vs Open Mandates; What To Expect

Let’s begin by explaining what exactly a ‘Sole Mandate’ is. When you decide to sell your home with a real estate agent, one of the first decisions you’ll have to make is deciding whether you want to work with the agent under a ‘Sole’ or ‘Open’ mandate contract A ‘Sole’ mandate contract means that you’ve

7 Ways To Tell If Your Open House Was Run Effectively

-Was Your Open House Run Correctly!? Short Answer Checklist: If you’re in a rush and have just had an open house you aren’t certain ran successfully or you’re in your home right now while the open house is going on and it’s feeling lacking; below is straight to the point a cheat sheet to review

If You Enjoyed The Read,
Someone Else Might Too

The Everything Guide To Viewing A House-

How To View A House // What Happens When You View A Property // House Viewing Expectations // House Viewing Etiquette // How Many Houses Should You View. How do you view a house? In my time working in real estate as an agent I’ve come to see a trend in people when it comes

Living Off The Grid – Everything You Need To Know And Consider!

Hollywood has this gritty and rugged outlook of anyone who decides to partake in the voyage of off-grid living; where it’s this rare situation of man and nature melding to fight corporate and government oppression. The unfortunate or fortunate reality (depending on your preferences), of off-grid living, is that it is rarely ever as dramatic

Brick vs Wood Home – What Is The Best Building Material?

Brick and Wood. When it comes to the construction of homes, there are no materials more synonymous in the game than these 2. Oddly enough, these 2 materials could not be any more different in where they come from and what they offer and yet people will swear by them. This had me wondering the